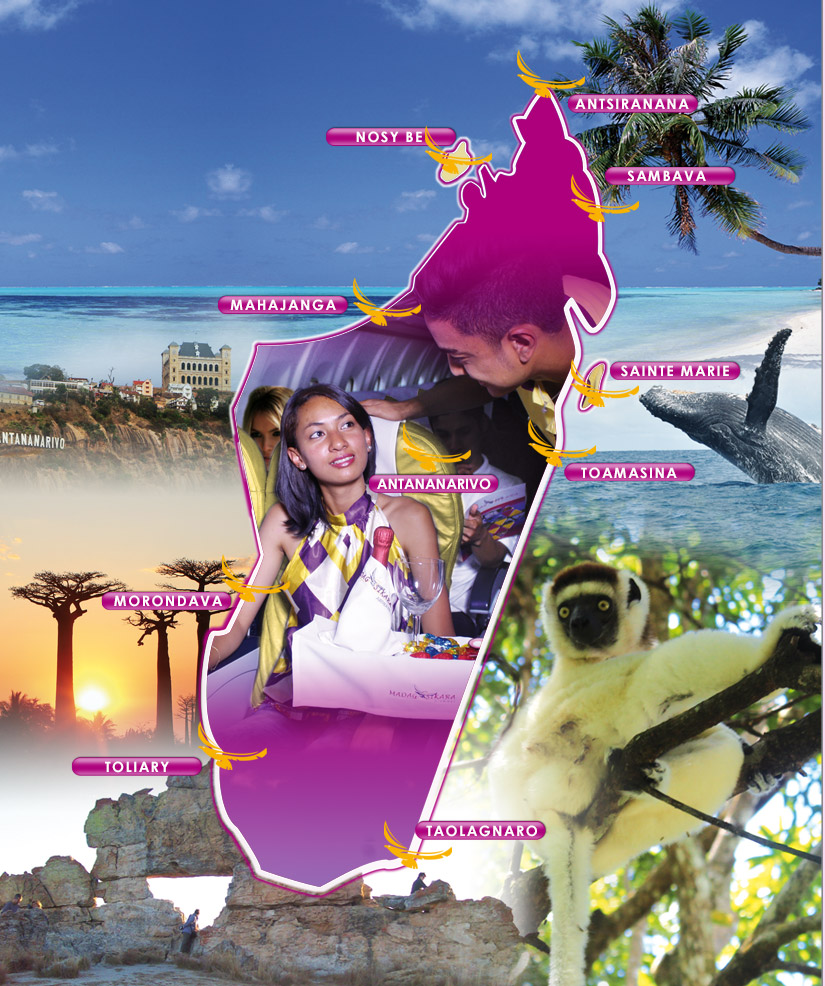 Madagasikara is the fifth largest island in the world with its 592000km². The diversity of its population establishes itself with its 18 ethnic groups‚ each displaying different cultural identities.

A true natural sanctuary‚ its fauna and flora are luxurious as well as diversified. We can find 7 varieties of baobabs while can only be found all over Africa.

Madagasikara has fascinated several generations of naturalists to the extent that some of them‚ like Albert Ratsimamanga‚ practically devoted the whole of their active life to studying its escosystems.